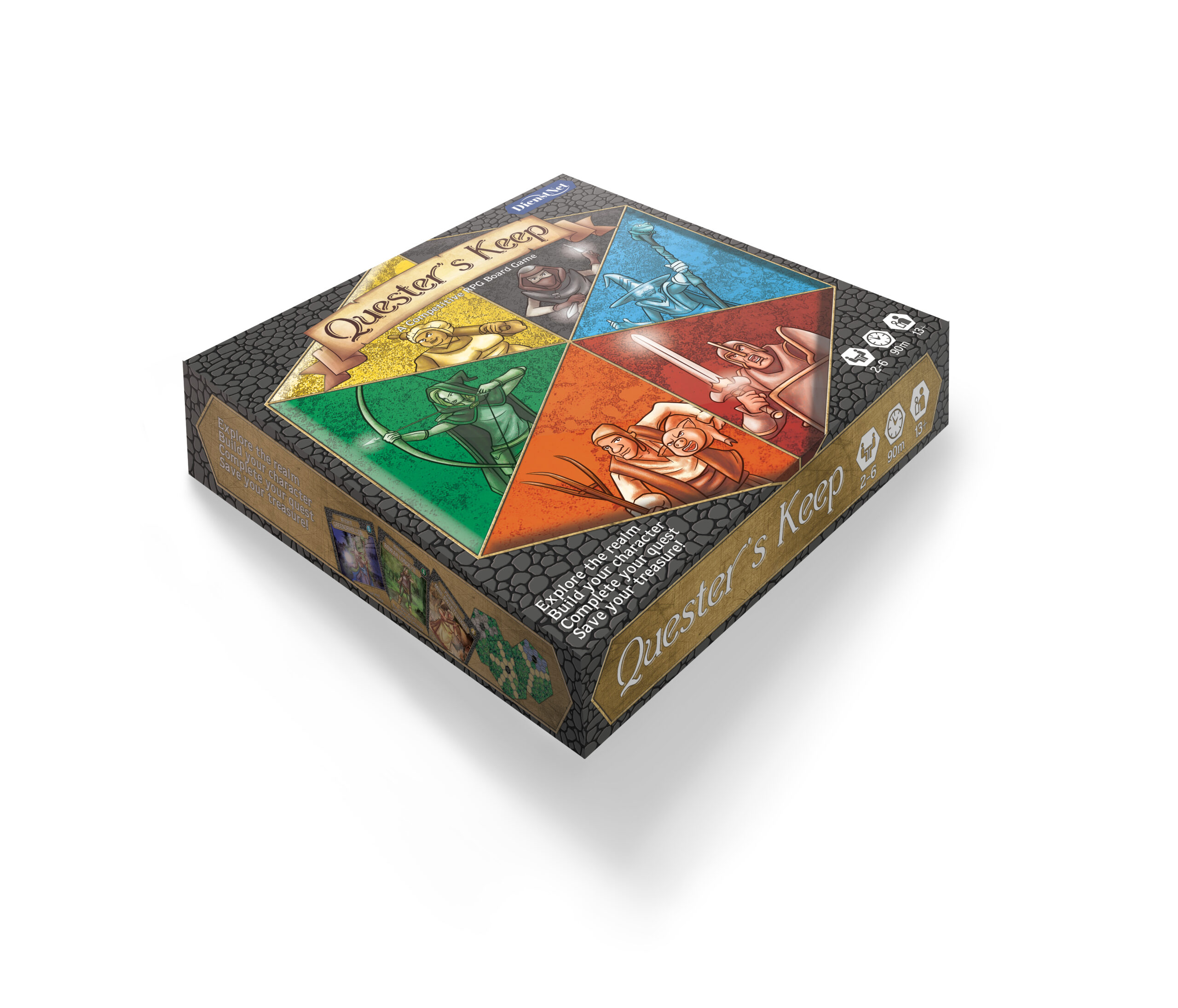 Here is a brief overview.

Quester’s Keep is a board game for 2 to 6 players. At the beginning of the game each player selects a character at random and is given 3 secret quest cards. These can be replenished at the Keep. The board is made up of hex tiles and the game starts at the Keep tile which is surrounded by 6 randomly chosen land tiles. Each land tile has the name of a location on it and players are looking for the ones that match their quest cards.

On each player’s turn they can move from one tile to an adjacent tile and draw a land tile if none exists in the direction they wish to move. Then they draw a wild encounter card and resolve it. Defeated wild encounters can be traded at the Keep for treasure or character improvements.

A player that moves on to a land card with a name that matches a quest card can reveal the card to draw from the Quest encounter deck instead of the wild encounter deck. If they defeat the encounter they have completed the quest, collect the treasure, and place the quest card face up in their play area so everyone can see how many quests they have completed. However, if they fail or flee the quest a red marker is placed on the location and the quest is now considered and open quest for anyone.

Only treasure that is safely deposited at the keep counts towards victory so you have to get it back to the keep safely. Once someone has completed three quests a 6 round endgame counter is started. At the end of the 6th round each player’s banked treasure at the Keep is counted and the player with the most treasure wins.